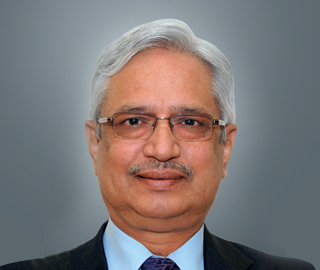 Mr. Shailendra Roy holds a Bachelor of Technology degree, and is a graduate of the Wharton Advanced Management Program. Prior to his elevation to the Board of L&T, he was Senior Vice-President and a Member of Executive Management Committee of the Company. In this role, Mr. Roy had leadership responsibility for L&T's Power Development business, Corporate Affairs & Corporate Initiatives. He contributed significantly to L&T's foray into shipbuilding, railways, power projects and the growth of new business ventures including public-private partnership initiatives.

Mr. Roy started his career in 1975 as an Engineer with Bharat Heavy Electricals Limited's (BHEL) manufacturing unit at Haridwar.

He joined L&T as Head of Business Development in 2000, and was tasked with initiating a major foray into road projects for National Highways Authority of India. He was associated with marketing and business development of power projects (thermal & hydro) substations, transmission lines, railway electrification, highways and transportation.

From 2002 to 2004, he led Bharat Heavy Plates & Vessels Ltd., a Government of India undertaking, as its Managing Director & CEO.

He re-joined L&T in May 2004, and has since been actively involved in a slew of senior management initiatives for the Company.

Other Members of the Board